By 2012   70.6% of eligible patients on the US CF Foundation Registry were taking azithromycin (eligible means at least 6 years, P. aeruginosa in cultures, weight over 24 kg and FEV1 >30%)

1997 Everard ML, Sly P, Brenan S, Ryan G. Macrolides antibiotics in diffuse panbronchiolitis and in cystic fibrosis. Eur Respir J 1997; 10:2926. [PubMed]
In this letter to the editor Mark Everard and colleagues comment on an editorial by Black on the anti-inflammatory effects of macrolide antibiotics (Black PN. Eur Respir J 1997; 10:971-972). In this letter he mentions an open pilot study in which sputum was obtained from six patients at the beginning and end of a month treatment with erythromycin 200mg three time daily. There was a significant reduction in sputum IL-8 in four of the six patients. 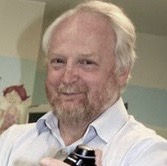 Mark Everard confirmed with me that this combined report from Sheffield, UK and Perth, Western Australia was the first showing the anti-inflammatory effect of macrolides in people with cystic fibrosis as evidenced by the four of six patients with CF having a significant reduction in IL-8 sputum levels after one month of treatment with the low dose oral erythromycin.

Mark Everard believes the first report of the use of macrolides in CF was in this Japanese publication by Nakanishi et al in 1995 – “A 16-year-old boy was admitted to our hospital because of coughing, sputum, and exertional dyspnoea. Seven months after birth cystic fibrosis had been diagnosed. The chest roentgenogram on admission showed diffuse reticulonodular shadows and overinflation. Pulmonary function tests revealed obstructive and restrictive impairment. Erythromycin and Lomefloxacin were administered by mouth, and aminoglycosides were administered by inhalation. His symptoms were alleviated, and he is now an outpatient. In Japan, cystic fibrosis is rare, and this patient is extremely rare because he has grown up to be a 16-year-old. In this case, low-dose and long-term erythromycin administration was very effective”.

These were important developments eventually leading to a number of large clinical trials and the widespread use of azithromycin in people with CF – undoubtedly one of the major clinical treatment advances of the Nineties and new Millennium (Equi et al, 2002 [PubMed] below; Saiman et al, 2003 [PubMed] below). By 2011 70.6% the patients on the US CF Foundation Registry were taking azithromycin (if at least 6 years old, Pseudomonas positive sputum cultures, weight over 25kg and an FEV1 more than 30% predicted).

1998 Kudoh S, Azuma A, Yamamoto M, Izumi T, Ando M. Improvement of survival in patients with diffuse panbronchiolitis treated with low-dose erythromycin. Am J Respir Crit Care Med 1998; 157:1829-32. [PubMed]
Diffuse panbronchiolitis (DPB) is a chronic inflammatory disease of the airways with a high mortality despite treatment with a combination of antibiotics and the use of supportive therapy. Low-dose erythromycin therapy (EM) (400 to 600 mg/d) improved the survival and most patients in Japan have been treated with this regimen since 1984.

These findings were the basis for the gradual evaluation of macrolide therapy in people with cystic fibrosis. The first report of the favourable effect of erythromycin in diffuse panbronchiolitis was Kudoh S, et al. Clinical effects of low-dose long-term erythromycin chemotherapy on diffuse panbronchiolitis. Jpn J Thorac Dis 1987; 25:632-642.[PubMed]).

Mark Everard et al, (1997 above) were the first in the UK to report an effect on sputum inflammatory markers in cystic fibrosis.

The second very convincing observational study on macrolides and CF from the UK (first report by Everard et al, 1997 above) showing impressive improvement in the respiratory function of severely affected children given regular azithromycin in addition to their usual treatment. These impressive observations were followed by a controlled trial from the Brompton Hospital, London which confirmed the beneficial effect (Equi et al, 2002 below) and also by a multi-centre trial from the US CF Foundation (Saiman et al, 2003 below). 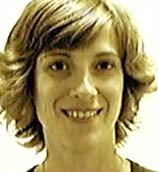 2002 Equi A, Balfour-Lynn IM, Bush A, Rosenthal M. Long term azithromycin in children with cystic  fibrosis: a randomised, placebo-controlled crossover trial. Lancet 2002; 360:978-84.[PubMed]
A major UK trial of macrolides from the Brompton Hospital, London following the report of Jaffe et al, 1998 (above) from that hospital. 41 children with CF received azithromycin or placebo for 6 months in addition to their usual treatments. The median relative difference in FEV1 between azithromycin and placebo patients was 5.4%. However, this was made up as follows – FEV1 of 13 (31.7%) patients improved by more than 13% but five (12.2%) deteriorated by more than 13% (p=0.059). Seventeen (41.5%) of the azithromycin treated patients required fewer oral antibiotic courses but five had extra courses (p=0.005). Sputum bacterial densities, inflammatory markers, exercise tolerance, and subjective well-being did not change. There were no noticeable side-effects.

This was an important trial as it gave further support to one of the major new treatments of the Millennium. The clear importance of considering the effect of treatment on individual patients is apparent as the FEV1 of five children deteriorated by more than 13%.

It is interesting, and perhaps not without relevance in regard to the effects of macrolides, that Harry Shwachman used erythromycin on more severely affected patients and at times saw significant benefit; also Margaret Mearns in London used erythromycin in the young patients. Perhaps both these experienced clinicians appreciated that there was some additional effect from the macrolides? 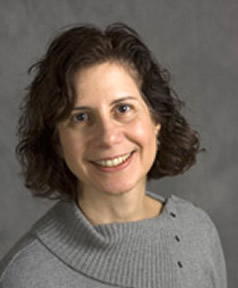 This is the major CF Foundation multicentre study on azithromycin. The active group (n = 87) received 250 mg (if weight <40 kg) or 500 mg (if weight > or =40 kg) of oral azithromycin 3 days a week for 168 days; the placebo group (n = 98) received identically packaged tablets The azithromycin group had a significant mean 0.097-L (SD, 0.26) increase in FEV1 at day 168 compared with 0.003 L (SD, 0.23) in the placebo group. Participants in the azithromycin group had less risk of experiencing an exacerbation and at the end of the study weighed an average 0.7 kg more than participants receiving placebo.

So here was further evidence that azithromycin treatment was associated with improvement in clinically relevant end points and the authors advised the drug should be considered for patients with CF who are 6 years or older and chronically infected. Following this trial the product was licensed in the USA for use in cystic fibrosis.

This was a useful observational study from a centre where the previous standard of treatment was known to be high – even so, there was further impressive improvement with the addition of azithromycin to their usual treatment regimen (also Everard et al, 1997; Jaffe et al, 1998; Equi et al, 2002; Saiman et al, 2003 all above).

2005 Saiman L, Mayer-Hamblett N, Campbell P, Marshall BC. Macrolide Study Group. Heterogeneity of treatment response to azithromycin in patients with cystic fibrosis. Am J Resp Critl Care 2005; 172:1008-1012. [PubMed] Azithromycin participants in the previous CFF azithromycin trial experienced benefits in exacerbation parameters, hospitalisations and use of additional oral antibiotics regardless of whether their FEV1 improved or not during the trial. The authors suggest that these data have implications for clinical practice and the design of clinical trials

2006 Phaff SJ, Tiddens HA, Verbrugh HA, Ott A. Macrolide resistance of Staphylococcus aureus and Haemophilus species associated with long-term azithromycin use in cystic fibrosis. J Antimicrob Chemother 2006; 57:741-746. [PubMed] The purpose of this study was to determine the association between long-term use of azithromycin, now taken by many patients with CF, and change over time in macrolide susceptibility of Staphylococcus aureus and Haemophilus spp. The authors found that erythromycin resistance in S. aureus increased from 6.9 to 53.8% and clarithromycin resistance in Haemophilus spp. from 3.7 to 37.5%. Resistance but also isolation rates were strongly related to azithromycin use.

So over a 4 year period, azithromycin maintenance therapy in the CF population was associated with an increase in macrolide resistance in S. aureus and Haemophilus spp. which was not unexpected.

There is an extensive literature on the use of macrolides in cystic fibrosis since 2006 including a Cochrane Review (Southern KW et al. Cochrane Database Syst Rev 2011; Dec 7;(12):CD002203. [PubMed]). This Cochrane Review provides evidence of improved respiratory function after six months of azithromycin. Data beyond six months were less clear, although reduction in pulmonary exacerbation was sustained. Treatment appeared safe over a six-month period; however, emergence of macrolide resistance was a concern.

The authors considered a multi-centre trial examining long-term effects of this antibiotic treatment is needed, especially for infants recognised through newborn screening.

Autophagy = “the segregation of part of the cell’s own protoplasmic material within an membrane and its digestion after fusion of the segregated vacuole with a lysosome”. As many people with CF now receive long term azithromycin treatment further information on this association will be awaited with interest.

Of 174 eligible participants, 146 (83.9%) enrolled in the open-label study. During the open-label study, the authors observed continued durability of treatment response to azithromycin, as measured by pulmonary exacerbations and continued weight gain, although use of oral antibiotics increased. There were no new safety concerns.   Currently available data suggest that azithromycin reduces exacerbations and improves weight gain for 6-12 months among children and adolescents with CF uninfected with P. aeruginosa.

No significant difference in either the primary efficacy end point or any secondary end point was seen during the period of clarithromycin treatment compared to those seen during placebo administration. The authors concluded that clarithromycin is not effective in treating CF lung disease.

2013 Fleet JE, Guha K, Piper S, Banya W, Bilton D, Hodson ME. Retrospective analysis of the impact of azithromycin maintenance therapy on adults attending a UK cystic Fibrosis clinic. J Cyst Fibros 2013; 12:49-53, [PubMed]
A retrospective study of 81 adult patients with CF taking continuous azithromycin from the Brompton clinic. Percentage predicted FEV1 and courses of intravenous antibiotics were examined at yearly intervals two years prior to and two years after azithromycin initiation. The FEV1 deteriorated in the two years before starting azithromycin by a mean of 2.02% per year and in the year after increased by 1.15% (P=0.01) but a mean 2.58% reduction was observed in year two. There was no statistically significant effect on courses of intravenous antibiotics in these older patients.
The authors concluded azithromycin resulted in an improved FEV1 at year one but this effect was not sustained beyond the first year of treatment.

The CF Foundation guidelines recommend long term azithromycin for all patients of 6 years and older chronically infected with P. aeruginosa. In contrast, in the UK the CF Trust Antibiotic Working Group recommends azithromycin only if the patient is “deteriorating on conventional therapy”; the UK group considers there is insufficient evidence to recommend all patients with chronic P. aeruginosa should receive long term azithromycin. This present study from London would lend support to this UK view.

By 2014 the CF Foundation recommends long term azithromycin for patients with CF over 6 years chronically infected with P. aeruginosa, weighing over 25kg and with an FEV1 of over 30%.

The UK CF Trust Antibiotic Committee does not advise long term azithromycin except where clinical progress is unsatisfactory.