Some of the following references to case reports do not appear in the main text. 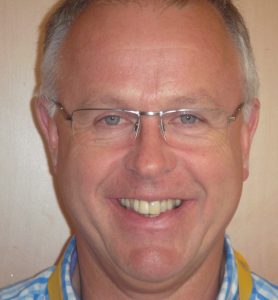 –  This is an early paper from the world’s largest adult CF centre at the Royal Brompton in London suggesting that there may be an association between CF and malignancy – an association later confirmed and particularly associated with CF patients who had received organ transplants. Many of the reports are of isolated case reports.

1994 Tsongalis GJ, Faber G, Dalldorf FG, Friedman KJ, Sillverman LM, Yankaskas JR. Association of pancreatic adenocarcinoma, mild lung disease, and delta f508 mutation in a cystic fibrosis patient. Clin Chem 1994; 40:1972-4.[PubMed]
The fifth case of adenocarcinoma of the pancreas to be reported in a person with CF and the first with molecular data.

The authors observed an increased risk of digestive tract cancers among adult CF patients, particularly of the small bowel, colon, and biliary tract. This increased risk appeared to be more pronounced in patients who had had an organ transplantation.

2004 McKeon D, Day A, Parmar J, Alexander G, Bilton D. Hepatocellular carcinoma in association with cirrhosis in a patient with cystic fibrosis. J Cyst Fibros 2004; 3:193-195.[PubMed]
Cystic fibrosis liver disease (CFLD) occurs in 37% of patients with CF. To date and to the best of our knowledge, there has not been a documented case of hepatocellular carcinoma in association with cirrhosis and CF. A 32-year-old lady with cystic fibrosis (CF) had ultrasound lesions consistent with hepatocellular carcinoma, confirmed on histology. She was also pregnant at the time of diagnosis. Her tumour was considered too large for resection and liver transplantation and she was referred to a national centre for laser ablative therapy.

–   The authors are concerned that with the increased life expectancy of patients with CF and the chronic nature of CFLD that this may be an increasingly recognised complication amongst the CF adult population. Therefore, they have changed their practice to more intense surveillance of patients with established CFLD to incorporate biannual ultrasound imaging of the hepatic system and yearly serum concentration measurements of alpha-fetoprotein.

2005 Oermann CM, Al-Salmi Q, Seilheimer DK, Finegold M, Tatevian N. Mucinous cystadenocarcinoma of the pancreas in an adolescent with cystic fibrosis.  Pediatr Devel Pathol 2005; 8:391-396. [PubMed]
The tumour developed within a pancreatic cyst that had been identified 13 years before resection and highlights the premalignant potential of pancreatic cysts in this at-risk population.

2008 Lees AN, Reid DW. Management dilemma; a woman with cystic fibrosis and severe lung disease presenting with colonic carcinoma: a case report.J Med Case Rep.J Med Case Rep 2008; 2:384. [PubMed]
A 41-year-old Caucasian woman with cystic fibrosis and severe lung disease who had been considered for lung transplantation, who presented with rectal bleeding and was found to have a Stage I adenocarcinoma of the sigmoid colon. After considerable discussion as to the operative risks, she underwent a laparoscopic resection and remains relatively well 1 year postoperatively with no recurrence.

Pulmonary disease remains the major cause of morbidity in patients with cystic fibrosis (CF). However, of 115 patients attending a regional CF clinic there were 16 cases (14%) with co-morbid conditions. Of this group, 4 of 115 patients (3.5%) had renal problems including both structural and functional defects and 4 (3.5%) had neurological disorders, 3 of which were types of epilepsy. Notably, 3 of 115 patients (2.6%) had different forms of neoplasia, all of which required significant surgical and/or chemotherapeutic intervention. There is now increasing evidence of the association between digestive tract malignancy and CF, which further complicates management of these already complex cases.

The authors concluded that in contrast to non-CF recipients, patients with CF displayed a significant incidence of colon cancer (4 of 70 recipients; 5.7%) with onset ranging from 246 days to 9.3 years post-transplant, which may be due to a combination of their underlying genetic disorder plus intense, sustained immunosuppression following lung transplantation. Colonoscopic screening may identify patients with pre-malignant colonic lesions and prevent progression to colonic malignancy.

2014 Gory I. Brown G. Wilson J. Kemp W. Paul E. Roberts SK. Increased risk of colorectal neoplasia in adult patients with cystic fibrosis: a matched case-control study. Scand J Gastroenterol 2014; 49:1230-6. [PubMed].
A matched case-control study of adult CF patients in Melbourne undergoing colonoscopy in a 5-year period from 2007 to 2012. Controls were matched in a 2:1 ratio for age, gender, and colonoscopy indication. A total of 50 patients with CF who underwent colonoscopy were identified. Among CF patients, there were 5 (10%) cases with colorectal cancer (CRC), 1 (2%) with ileal adenocarcinoma, 13 (26%) with adenomas, and 16 (32%) with advanced adenomas. In contrast in controls there was 1 (1%) case with CRC, 11 (11%) with adenomas, and 6 (6%) with advanced adenomas.
Compared to controls, CF was associated with a 10-fold increased risk of CRC, threefold increased risk of adenomas and sevenfold increased risk of advanced adenomas.
The authors suggest that CF patients are at significantly increased risk of CRC compared to age, sex, and colonoscopy-indication matched controls. They suggest that consideration should be given to the introduction of a CRC surveillance program in the CF population.

Niccum DE, Billings JL, Dunitz JM, Khoruts A. Colonoscopic screening shows increased early incidence and progression of adenomas in cystic fibrosis. J Cyst Fibros. 2016 Feb 2. pii: S1569-1993(16)00009-6. doi: 10.1016/j.jcf.2016.01.002. [Epub ahead of print] [PubMed] Colorectal cancer is an emerging problem in cystic fibrosis (CF). The goal of this study was to evaluate adenoma detection by systematic colonoscopic screening and surveillance. The authors analyzed prospectively collected results of colonoscopies initiated at age 40 years from 88 CF patients at a single Cystic Fibrosis Center. They also reviewed results of diagnostic colonoscopies from 27 patients aged 30-39years performed during the same time period at the Center.The incidence of polyp detection increased markedly after age 40 in CF patients. Greater than 50% were found to have adenomatous polyps; approximately 25% had advanced adenomas as defined by size and/or histopathology; 3% were found to have colon cancer. Multivariate analysis demonstrated specific risk factors for adenoma formation and progression.

They suggested early screening and more frequent surveillance should be considered in patients with CF due to early incidence and progression of adenomas in this patient population. 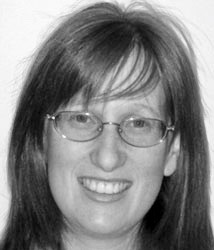 The authors used data from the US transplant registry and 16 cancer registries. Standardised incidence ratios (SIRs) compared cancer incidence to the general population, and competing risk methods were used for the cumulative incidence of colorectal cancer.

The authors concluded CF recipients have increased risk for colorectal cancer, and suggested a need for enhanced screening.

Dr. Aliza Fink (figure) is the lead epidemiologist in a number of national cancer studies in the USA.

2017 Gini A, Zauber AG, Cenin DR, Omidvari AH, Hempstead SE, Fink AK, Lowenfels AB. Cost-Effectiveness of Screening Individuals With Cystic Fibrosis for Colorectal Cancer. Gastroenterology. 2017 Dec 27. pii: S0016-5085(17)36715-X. doi: 10.1053/j.gastro.2017.12.011. [Epub ahead of print] [Pubmed]
Individuals with cystic fibrosis are at increased risk of colorectal cancer (CRC) compared to the general population, and risk is higher among those who received an organ transplant. The authors performed a cost-effectiveness analysis to determine optimal CRC screening strategies for patients with cystic fibrosis. They adjusted the existing Microsimulation Screening Analysis-Colon microsimulation model to reflect increased CRC risk and lower life expectancy in patients with cystic fibrosis. Modeling was performed separately for individuals who never received an organ transplant and patients who had received an organ transplant. They modeled 76 colonoscopy screening strategies that varied the age range and screening interval. The optimal screening strategy was determined based on a willingness to pay threshold of $100,000 per life-year gained. Sensitivity and supplementary analyses were performed, including fecal immunochemical test (FIT) as an alternative test, earlier ages of transplantation, and increased rates of colonoscopy complications, to assess whether optimal screening strategies would change.

Using a Microsimulation Screening Analysis-Colon microsimulation model, the authors found screening of patients with cystic fibrosis for CRC to be cost-effective. Due to the higher risk in these patients for CRC, screening should start at an earlier age with a shorter screening interval. The findings of this study (especially those on FIT screening) may be limited by restricted evidence available for patients with cystic fibrosis.

The task force makes 10 clear CRC screening recommendations that emphasize shared, individualized decision-making and familiarity with CF-specific gastrointestinal challenges. They recommend colonoscopy as the preferred screening method, initiation of screening at age 40 years, 5-year re-screening and 3-year surveillance intervals (unless shorter interval is indicated by individual findings), and a CF-specific intensive bowel preparation. Organ transplant recipients with CF should initiate CRC screening at age 30 years within 2 years of the transplantation because of the additional risk for colon cancer associated with immunosuppression.

–    These figures do not indicate a particular risk for people with CF? 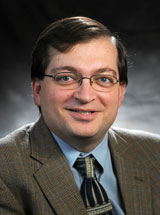 The risk of colorectal cancer (CRC) in adults with CF is 5-10 times greater compared to the general population, and 25-30 times greater in CF patients after an organ transplantation. To address this risk, the CF Foundation convened a multi-stakeholder task force to develop CRC screening recommendations.  The task force made 10 CRC screening recommendations. They  recommend colonoscopy as the preferred screening method, initiation of screening at age 40 years, 5-year re-screening and 3-year surveillance intervals (unless shorter interval is indicated by individual findings), and a CF-specific intensive bowel preparation. Organ transplant recipients with CF should initiate CRC screening at age 30 years within 2 years of the transplantation because of the additional risk for colon cancer associated with immunosuppression. These recommendations aim to help CF adults, families, primary care physicians, gastroenterologists, and CF and transplantation centres address the issue of CRC screening.

Dr. Denis Hadjiliadis (figure) is a pulmonologist in Philadelphia, Pennsylvania and is affiliated with multiple hospitals in the area, including Hospitals of the University of Pennsylvania-Penn Presbyterian and Penn Presbyterian Medical Center and oversees one of the largest adult CF clinics in N America.

Cystic fibrosis (CF), caused by biallelic inactivating mutations in the cystic fibrosis transmembrane conductance regulator (CFTR) gene, has recently been categorized as a familial colorectal cancer (CRC) syndrome. CF patients are highly susceptible to early, aggressive colorectal tumor development. Endoscopic screening studies have revealed that by the age of forty 50% of CF patients will develop adenomas, with 25% developing aggressive advanced adenomas, some of which will have already advanced to adenocarcinomas. This enhanced risk has led to new CF colorectal cancer screening recommendations, lowering the initiation of endoscopic screening to age forty in CF patients, and to age thirty in organ transplant recipients.

The enhanced risk for CRC also extends to the millions of people (more than 10 million in the US) who are heterozygous carriers of CFTR gene mutations. Further, lowered expression of CFTR is reported in sporadic CRC, where downregulation of CFTR is associated with poor survival. Mechanisms underlying the actions of CFTR as a tumor suppressor are not clearly understood. Dysregulation of Wnt/β-catenin signaling and disruption of intestinal stem cell homeostasis and intestinal barrier integrity, as well as intestinal dysbiosis, immune cell infiltration, stress responses, and intestinal inflammation have all been reported in human CF patients and in animal models. Notably, the development of new drug modalities to treat non-gastrointestinal pathologies in CF patients, especially pulmonary disease, offers hope that these drugs could be repurposed for gastrointestinal cancers.