The authors consider these results support continued clinical development of tezacaftor 100 mg qday in combination with ivacaftor 150 mg q12h in subjects with CF. 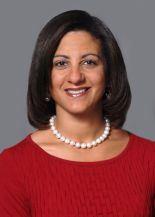 In this phase 3, randomized, double-blind, multicenter, placebo-controlled, parallel-group trial, (NCT02347657) the authors evaluated combination therapy with tezacaftor and ivacaftor in patients 12 years of age or older who had cystic fibrosis and were homozygous for the CFTR Phe508del mutation. Patients were randomly assigned in a 1:1 ratio to receive either 100 mg of tezacaftor once daily and 150 mg of ivacaftor twice daily or matched placebo for 24 weeks. The primary end point was the absolute change in the percentage of the predicted forced expiratory volume in 1 second (FEV1) through week 24 (calculated in percentage points); relative change in the percentage of the predicted FEV1 through week 24 (calculated as a percentage) was a key secondary end point.

The authors concluded the combination of tezacaftor and ivacaftor was efficacious and safe in patients 12 years of age or older who had cystic fibrosis and who were homozygous for the CFTR Phe508del mutation.

Dr Jennifer Taylor-Cousar (figure) is a paediatrician and adult pulmonologist in Denver, Colorado.

–  This is a useful brief update by a medical journalist on the present trials and position regarding the recent tezacaftor-ivacaftor combinations with mention of encouraging developments in the triple combination therapy.

2018 Sala MA, Jain M. Tezacaftor for the treatment of cystic fibrosis.  Expert Rev Respir Med. 2018 Sep;12(9):725-732. doi: 10.1080/17476348.2018.1507741. Epub  2018 Aug 9.   [Pubmed]
The newest modulator, tezacaftor, is a CFTR corrector that was recently approved by the FDA to be used in combination with the first approved CFTR potentiator, ivacaftor. Areas covered in this article include a  detailed review of the clinical trials and published literature, focusing on safety and efficacy, leading to the approval of tezacaftor in CF. Expert commentary: Recent trials have demonstrated that the combination of tezacaftor-ivacaftor is a slightly superior combination to its predecessor, lumacaftor-ivacaftor, with respect to an increase in FEV1, adverse event profile, and drug-drug interactions. It is also approved for a large number of non-F508del, residual function mutations that are predicted to respond based on in vitro testing. The horizon for continued improvements in CFTR-targeted treatments is promising, with three-drug combinations currently in Phase 3 clinical trials, and other drugs with novel mechanisms of action being studied. Within the next 5 years, the vast majority of patients with CF are expected to have a modulator approved for their genotype.

The next-generation cystic fibrosis transmembrane conductance regulator (CFTR) corrector VX-659, in triple combination with tezacaftor and ivacaftor (VX-659-tezacaftor-ivacaftor), was developed to restore the function of Phe508del CFTR protein in patients with cystic fibrosis.         The effects of VX-659-tezacaftor-ivacaftor on the processing, trafficking, and function of Phe508del CFTR protein were investigated using human bronchial epithelial cells. A range of oral VX-659-tezacaftor-ivacaftor doses in triple combination were then evaluated in randomized, controlled, double-blind, multicenter trials involving patients with cystic fibrosis who were heterozygous for the Phe508del CFTR mutation and a minimal-function CFTR mutation (Phe508del-MF genotypes) or homozygous for the Phe508del CFTR mutation (Phe508del-Phe508del genotype). The primary end points were safety and the absolute change from baseline in the percentage of predicted forced expiratory volume in 1 second (FEV1).

The authors concluded robust in vitro activity of VX-659-tezacaftor-ivacaftor targeting Phe508del CFTR protein translated into improvements for patients with Phe508del-MF or Phe508del-Phe508del genotypes. VX-659 triple-combination regimens have the potential to treat the underlying cause of disease in approximately 90% of patients with cystic fibrosis.

Pharmacological chaperones (e.g. VX-809, lumacaftor) that bind directly to F508del-CFTR and correct its mislocalization are promising therapeutics for Cystic Fibrosis (CF). However to date, individual correctors provide only ~4% improvement in lung function measured as FEV1, suggesting that multiple drugs will be needed to achieve substantial clinical benefit. 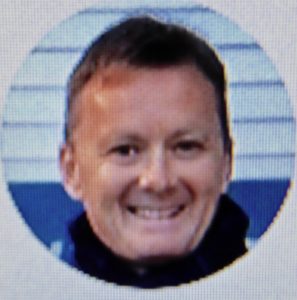