The first description of a possible abnormal serum factor in people with CF that would inhibit the beating of respiratory cilia by Spock caused great interest and a search for this factor/s. The interest continued through the Seventies. In the early Eighties interest switched to the CF mucosa and abnormal electrolyte transport rather than an abnormal factor in the serum.

In the course of research into the effects of tobacco on the action of cilia, Dr Alexander Spock of Duke University discovered a “factor” in the serum from CF patients, which inhibited cilia beating in explants of rabbit trachea. It was reported the “factor” would cause increased mucus release as well as causing marked slowing of ciliary beating. It was present in all of 75 people with CF but not in 75 controls. The finding received much attention around this time and was thought to be related in some way to the basic defect – perhaps abnormalities were mediated via a CF ‘anti-ciliary’ factor in the serum found to be associated with the IgG containing fractions (Bowman et al, Science 1969; 164:325-6). Besley et al, 1969 (below) found the effect also with the gills of the freshwater mussel Dreissenia Polymorpha. Bowman et al reported the effect also occurred in oyster gill cilia (Science 1969; 164:325-6) and the effect could be reversed by heparin – the factor responsible being a cationically charged protein (Doggett RG, Harrison GM. Tex Rep Biol Med 1973; 31:685-689).
Spock’s report caused a great deal of interest – but in all fairness, the observations did little to advance the understanding of the basic defect or treatment of cystic fibrosis.

John Mangos was a leading CF researcher at this time. A factor that inhibited sodium transport was detected in the sweat of patients with cystic fibrosis. When the duct system of the rat parotid was perfused with sweat from patients with CF, marked inhibition of sodium reabsorption was observed. Perfusion with sweat from normal subjects caused no change in sodium reabsorption. The authors suggested that the factor may be responsible for the increased sodium concentrations in the sweat of patients with cystic fibrosis (Also Pediatr Res 1967; 1:436; Pediatr Res 1968; 2:378).

1968 Danes BS, Bearn AG. A genetic cell marker in cystic fibrosis of the pancreas. Lancet 1968; i: 1061- 1063. [PubMed]
Fibroblasts from many but not all patients with CF, when stained with toluidine blue, showed intracellular metachromasia. The findings depended on many factors and later there was a more detailed report by same authors (J Exp Med 1969; 129:775-793). However, eventually no significant difference was shown between CF and normal fibroblasts (Spicer et al, 1980 Exp Mol Path 33:104).

1969 Crawfurd M d’A. Experience of the cilia test for a factor in the serum of patients and carriers of cystic fibrosis. Proc. 5th International CF Conference, Cambridge Sept 1969. 42- 48.
There was great interest in the “CF factor” and Dr Martin Crawfurd, working in Leeds, studied patients using the cilia of fresh water mussels. He obtained positive results on 11 of 12 patients with CF, 150 of 163 parents, 28 of 47 siblings and 15 of 162 controls.

–   Although this test was eventually abandoned, on one occasion a positive ‘cilia test’ performed by Martin Crawfurd, caused us to persevere with establishing the diagnosis of CF in a girl aged one year whom we initially thought had Shwachman–Diamond syndrome. She had severe fat malabsorption and the jejunal biopsy showed an entirely normal intestinal mucosal histology but the sweat tests, performed by the experienced staff at a reliable laboratory, were repeatedly normal. However, the child eventually developed an abnormal sweat test and the typical clinical features of CF; she eventually died at the age of 25 years from her CF.

1974 Conover JH, Conod EJ, Hirschorn K. Studies on ciliary dyskinesia factor in cystic fibrosis. IV: Its possible identification as anaphylatoxin (C3a)-IgG complex. Life Sci 1974; 14:253. [PubMed]
There was active release of lysosomal enzymes from granulocytes by CF serum. The authors queried whether there was a basic defect of an enzyme which normally inactivates a family of specific proteins including CF factors. This suggestion was supported by Nadler (1975).

1976 Holsi P, Erickson RP, Vogt E. Prospects of prenatal diagnosis of cystic fibrosis: induction of biochemical abnormalities in fibroblasts from patients with cystic fibrosis by urinary glycoproteins. Biochem Bioph Res Co 1977; 73:209.
Suggested leakage of lysosomal enzymes was occurring resulting in increased intracellular alkaline phosphatase. This could be induced in amniotic fluid cells by Tamm-Horsfall protein (a urinary glycoprotein). Seven fold inductions could discriminate between heterozygotes and homozygotes. Unfortunately this was another finding that others could not confirm (Riordan JR et al. CF Club abstracts 1978. p86; Aitken & Hoogeveen J Med Genet 1980; 17:187). It was hoped that the test could predict a CF fetus but it did not stand up to reliability and the basis of the reaction was never explained according to David Brock (1993).

1977 Wilson GB, Monsher MT, Fudenberg HH. Studies of cystic fibrosis using isoelectric focusing. III. Correlation between cystic fibrosis protein and ciliary dyskinesia activity in serum shown by modified rabbit tracheal bioassay. Pediatr Res 1977; 11:143-146. [PubMed]
Using a modified rabbit tracheal bioassay the ciliary dyskinesia factor (CDF) could be detected in the sera of all 31 CF homozygotes or obligate heterozygotes whereas 13 of 14 normal control sera were non-reactive. These results were considered to confirm the association of CDF with cystic fibrosis; although the serum from some patients with bronchial asthma also caused ciliary dyskinesia. Isoelectric focusing showed that the presence or absence of CF protein corresponded with that of dyskinesia activity in all sera tested except for the active samples from seven asthma patients, which were negative for CF protein.
The authors suggested that CF protein and ciliary dyskinesia factor may be identical or closely related markers for the CF gene, and suggested that the activity detected by their rabbit tracheal bioassay in sera from patients with asthma and other diseases probably was caused by a substance different from a CF-specific ciliary dyskinesia factor.

Unfortunately attempts of other workers to repeat these findings met with variable success. The last publication on the subject from Wilson in 1984 indicated that heparinised plasma may be a more satisfactory fluid with which to work (Wilson GB et al. Clin Genet 1984; 26:331-338). 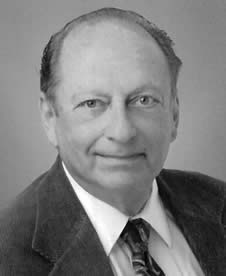 Jack Lieberman of Los Angeles published a number of papers around this time on a lectin that had similar properties to the CF protein but its presence was not confirmed by di Sant’Agnese et al, (Monogr Pediatr 1981; 14:1). Lieberman stated, in a presentation in 1981 (“Discovery of a CF lectin: climax of 25 years of research in cystic fibrosis”. In: 1000 years of Cystic Fibrosis. Warren Warwick, (Ed). pp 49-57) that 25 years of study had led to the discovery of a “lectin-like activity” in the blood of all CF homozygotes and 99% of heterozygotes. The lectin was removed by high doses of intravenous antibiotics within three days. Lieberman postulated that “the lectin stimulates excessive mucus production reacting with the mucous glycoprotein to cause its precipitation and increased mucous viscosity”.

Wilson and co-workers wrote many papers on CF factor and dyskinesia factors between 1973 and 1984, the last being in 1984 (Wilson GB, et al. Controlled comparison of plasma and serum for cystic fibrosis protein (Clin Genet 1984; 26:331-338). However, interest on CF factors gradually waned during the Eighties as the prospect of identifying the gene became a real possibility and the evidence for an abnormality in membrane electrolyte transport accumulated.